Avoiding the Controversy and Criticism of Survival Swimming Lessons

In a world filled with social media, people commenting without knowing the story and not respecting parents decisions for their children, we know there will come a time you may have to deal with this. So here are some helpful word to help you if that moment comes. 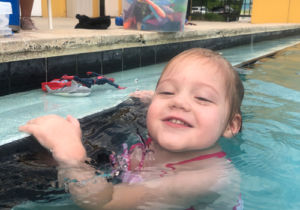 Twitter, Facebook, Instagram, Comments, & Forums. Oh my! It’s no secret that with the advance of technology, opinions are more accessible than ever before and are shared in real-time on virtually any topic. While oftentimes rife with criticism and, in some cases, manufactured controversy where survival swimming is concerned, a significant portion of the criticism leveled at many “swim schools” purporting to teach infants and young children survival swimming skills, on various platforms like YouTube and Facebook, is well founded, and in many cases, we agree!

As one might imagine, with nearly 600 ISR Instructors operating in 17 countries, we see, hear, and read a significant amount of what goes on under the over generalized heading “swimming lessons” or #swimminglessons; and the truth is, a fair bit of what we see is downright dangerous. On its premise, providing infants and young children who, by virtue of the fact that they learned to crawl and/or walk, with the skills they would need to save their own lives in the water if the need arose is not at all worthy of criticism nor is it at all controversial. However, the “how” those skills are provided quickly becomes an issue and subsequently, the target of criticism, when the spectrum of that “instruction” spans from water acclimation classes utilizing flotation devices which give rise to a false sense of security, all the way to quite literally throwing a child with varying levels of skill into the water (neither of which occurs in any ISR Lesson…ever). 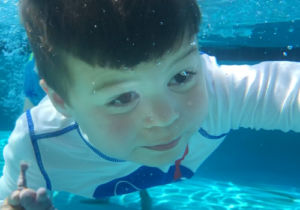 In essence, the criticism and controversy surrounding survival swimming lessons does not spawn from the notion that an infant or young child knowing how to save himself in the water is worthy of criticism nor controversy. No, it comes from an over-generalization of the term “survival swimming lessons;” which, on one hand, is fair given some of the actors involved, but, on the other, quite dangerous given the proven efficacy of ISR Lessons, and the known outcome of a little one reaching the water alone and unskilled.

Avoiding the criticism and controversy associated with survival swimming lessons at-large, and ensuring that your children receive the best lesson experience possible requires a bit of a deep dive into what makes ISR, and more importantly the results we achieve every day, around the globe, different.

Quite simply, the easiest point of differentiation to speak to begins with an example: as parents, we know no two children are the same, and as a result, the teaching methods that will work for one child, regardless of what is being taught, be it riding a bicycle, or potty training, may not work for every child. With that in mind, from a behavioral psychology standpoint, the most effective teaching methods are those which focus on the feedback/responses of the student as that student makes approximations towards the target behavior or “goal.” This concept extends to tasks everyone must learn including potty training, tying shoelaces, multiplication tables, ABCs or in this case? Survival swimming skills.

As one might imagine, ISR has seen a lot of different methods and theories purporting to get the same results and, in this context, much of the controversy and criticism is well founded. Group lessons, and in fact many supposed survival swimming lessons, fail to focus on the individual child and their response to the aquatic environment. In some cases, these lessons are wholly without a clear communication to the child (either verbally in the case of older children or behaviorally in the case of infants) of the desired outcome which can lead to frustration for the child, and certainly for mom and dad paying for lessons without an indication that their child is learning anything – often despite the enormous effort put forth by everyone involved, parent, child, and teacher.

To speak with your local ISR Instructor and learn more about what makes ISR so unique, please visit www.infantswim.com.